The patch notes for the 02/11 update are here. In this update, we’ve added new content, events, bug fixes, and overall improvements to the game. Read below for more details.

※ All screenshots were taken from the test environment and may differ from what appears in the live server. 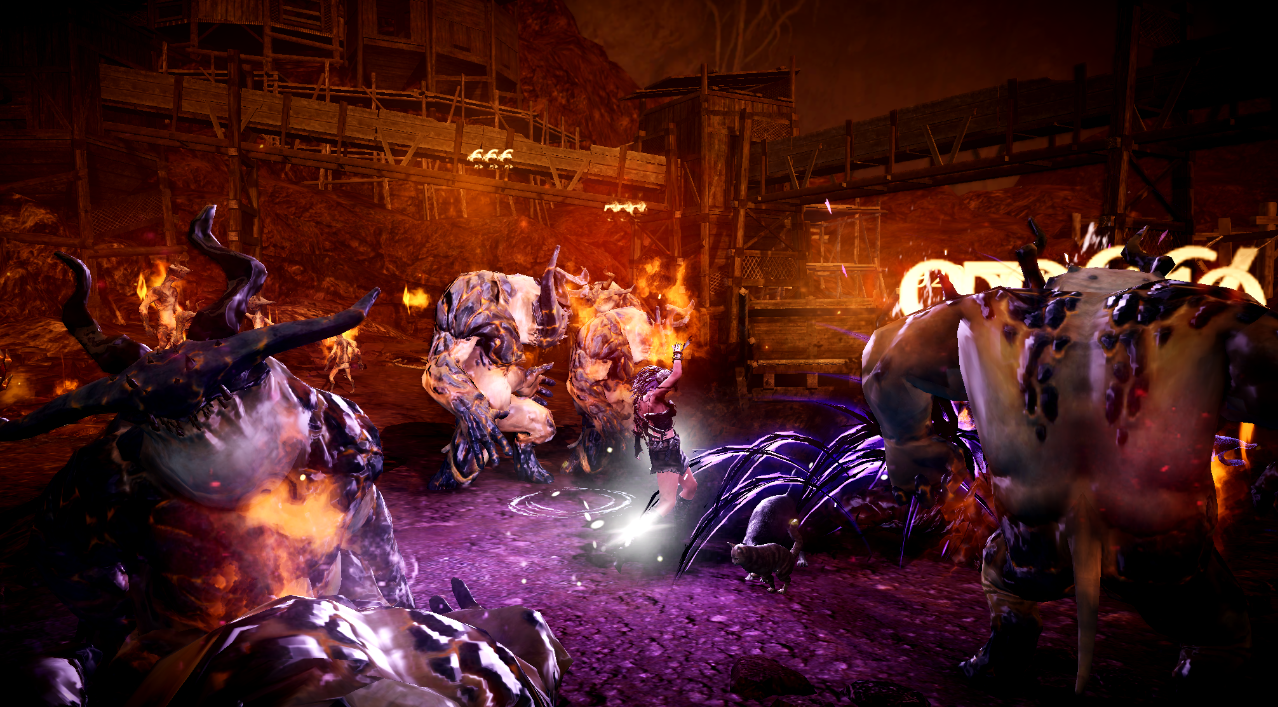 You can enter the new Nightmare zone from the entrance in Omar Lava Cave. You can also find the Nightmare icon for this area on the World Map. 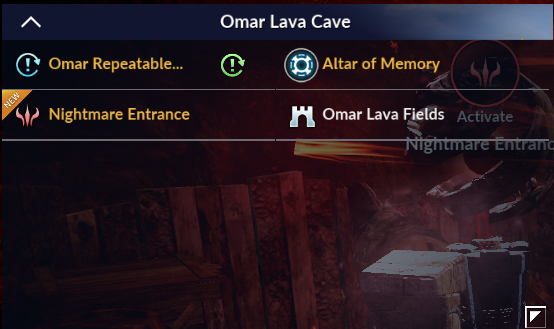 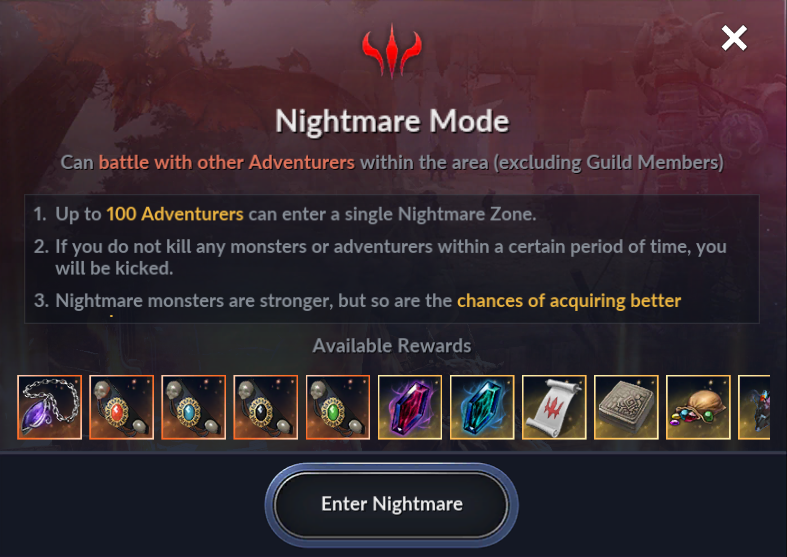 - Enemies in Nightmare Mode are much stronger than those in standard areas.

- Outlaw Mode is permanently enabled. You may attack any other Adventurer except fellow Guild Members.

- Entry to the Nightmare zone is limited as there is only 1 instance per server.

- A 5-minute timer will start upon entering the Nightmare zone. Defeating enemies or other Adventurers will extend this timer.

※ For more information, please refer to the [Nightmare Guide].

1) Ranking systems have been updated. Ranks are now region-based and will be calculated across all servers.

2) New classifications for Life Skills have also been added along with Arena Ranks. 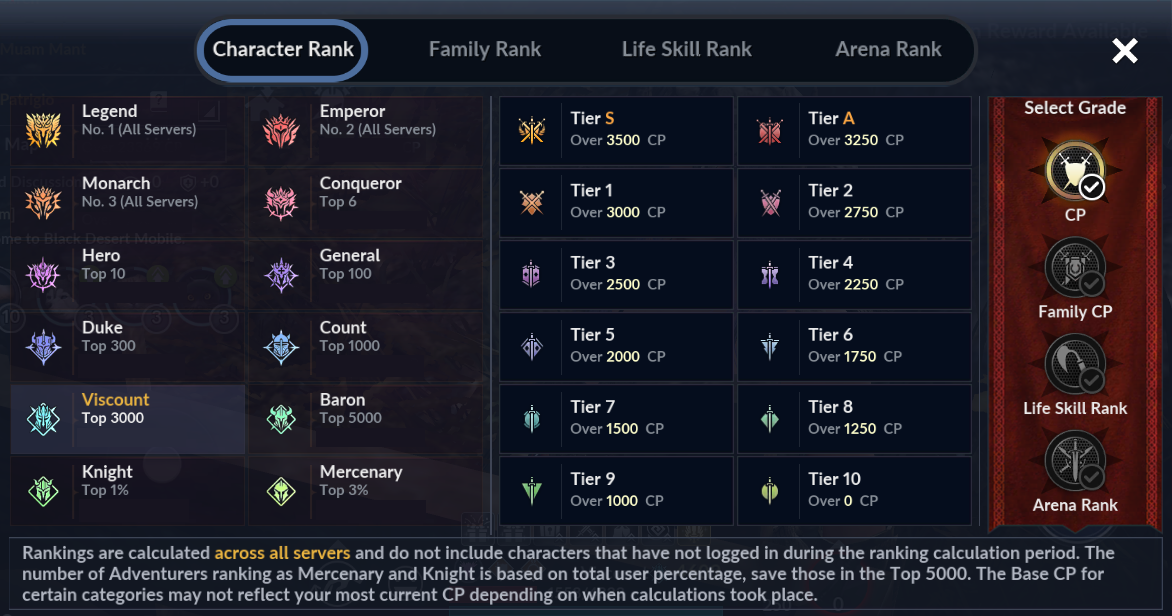 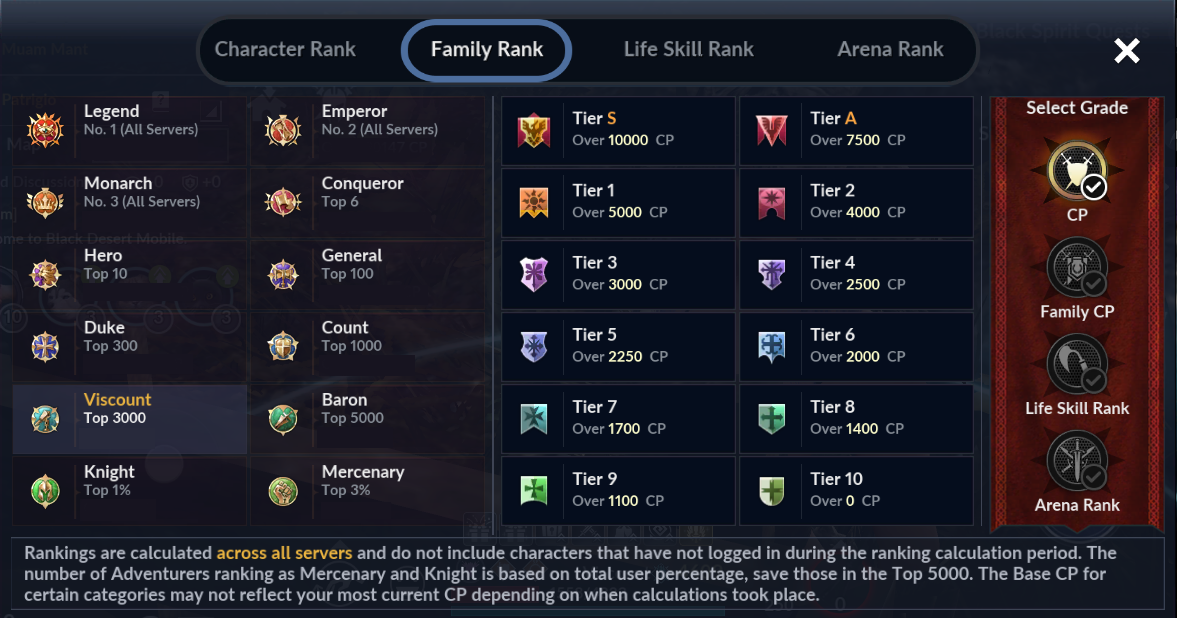 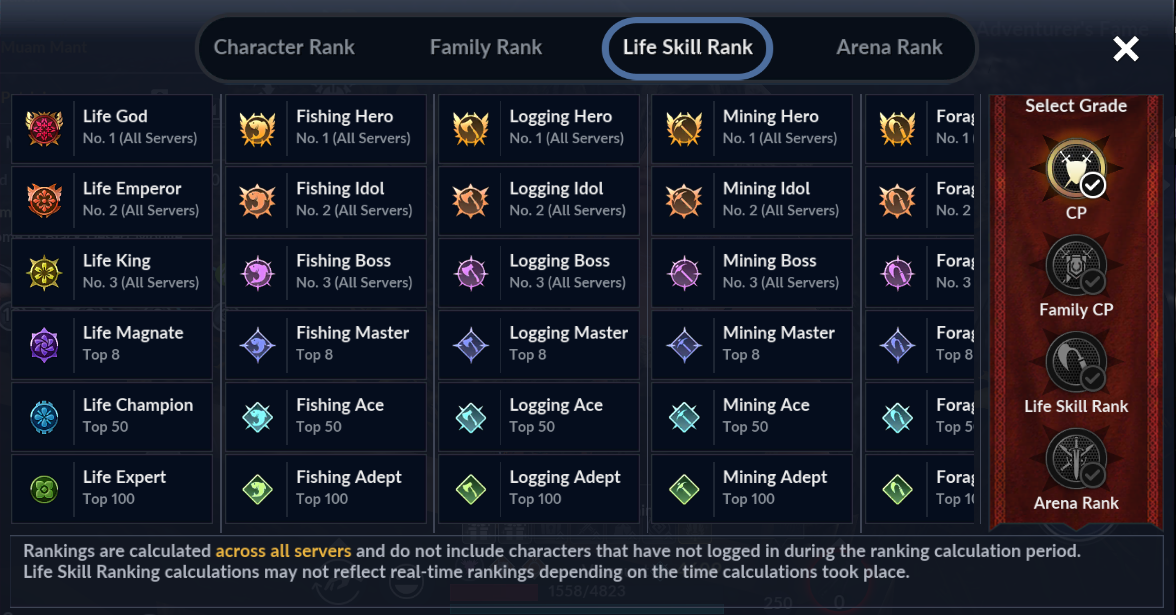 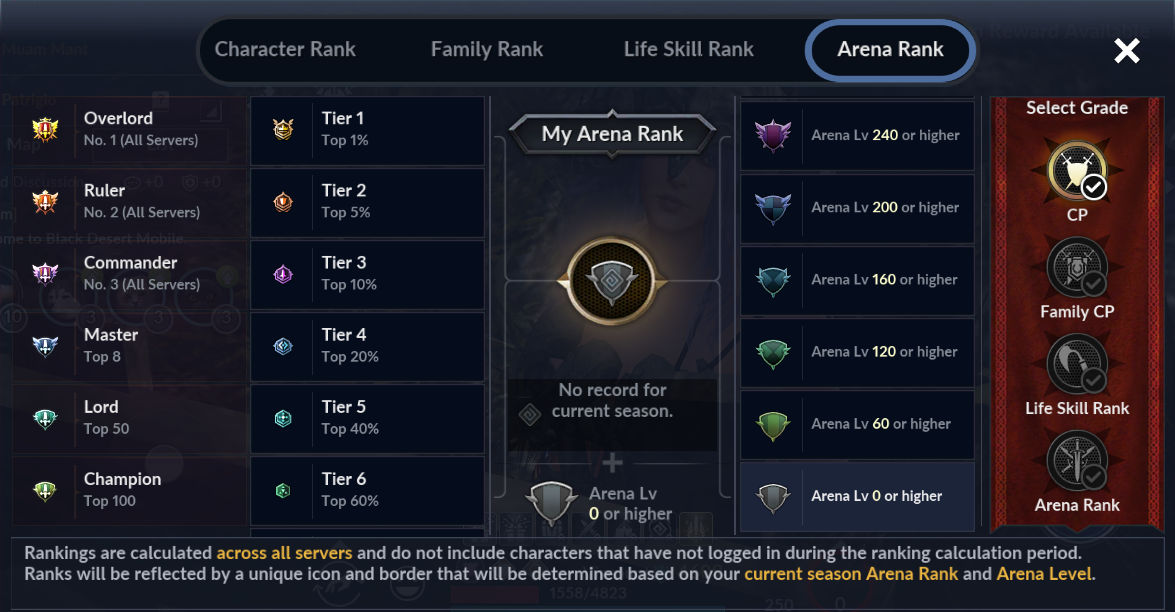 - Arena Rankings can also be found through the tab at the top of the screen.

- Adventurers can set their Arena Tier and Rank Icon next to their Family Name.

- Accessory Resonance has been updated.

- Fixed an issue where the screen would occasionally flicker in Camp. Abnormal loading times when leaving the Camp have also been fixed.

[UI]
- The Pet list page will now show the maximum number of Pets that can be registered.
- The UI for the Trading Post in Camp has been improved for better visibility.
- In the pop-up window that appears after turning off Sleep Mode while in Auto-Combat, Adventurers can now tap items that appear in the window to see their tooltips.
- Moved the alert icon detailing the requirement(s) to end the Guild War in [Guild] - [Guild War] page for improved clarity and visibility.
- Removed the CP of offline guild members on the guild member list in Siege Gateway for Siege War.

- Fixed an issue where pressing and holding the Free Lightstone or Free Relic button would continue to show effects after receiving the lightstone or relic.

- Fixed an issue where the effects for equipping Lightstones would appear to overlap on certain devices.

- Fixed an issue where the ‘Craft Black Stones’ button would not disappear on certain devices.

- Fixed an issue where the number of Outfit Chests shown in the Pearl Inventory would be incorrect when opening the Outfit Chest right after purchase.

- Fixed an issue where the UI for purchasing Stamina Potions would not fit the pop-up window.

- Made changes so that when an item is selected for Enhancement, the ‘Craft Black Stones’ button will no longer show.

- Fixed an issue where the Pet icon under the mini-map would be replaced with goblins after adjusting the UI size.

- Fixed an issue where the rewards obtained through Adventurer’s Fame would appear to be available after the season ends.

- Fixed an issue where the messages notifying participants in a Node War would appear blue when the guild that destroyed an objective was the guild labeled as white.

- Fixed an issue where going from [Pearl Shop] - [Exchange] to [Social Tokens] and back to [Exchange] would cause a black screen to appear.

- Fixed an issue where the Sorceress could not cast the skill “Dark Pulse” when she had 15 Mana remaining.