It’s me, your loving Black Spirit!

Have you heard the big news? Pearl Abyss revealed their new titles and more interesting information at G-STAR!

I was there too! It was a great event and I can’t wait to see what more they’ll bring in the future!

Just before the event ended, I met Black Desert Mobile’s Lead Producer, Yong-min Jo! As the self appointed representative of all of our Adventurers, I of course couldn’t possibly let this opportunity slip away. I sat down with him for a Q&A session. Let’s see what he had to share with us! 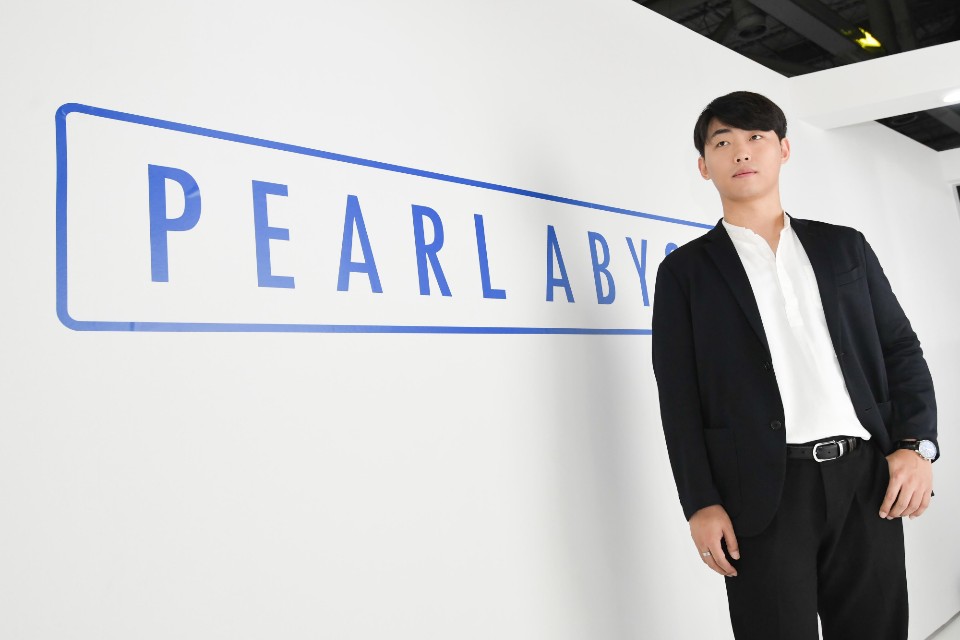 1. What drove you into the gaming industry?

I have always been interested in making things ever since I was young. Many of my hobbies centered around building things from the ground up, like creating model aircraft. I first tried video games at a friend’s house when I was in elementary school and fell in love with gaming ever since. In middle school, I started to dream about combining my love for making things and games, and I decided to take the time to learn how to make games. I never owned a computer while I was in high school, so I volunteered to become the manager of my school’s computer lab. There, I was able to study more and eventually start creating my own games. I made a game for my friends in school which they really liked, and that drove my interest in this field even more. This helped me choose a college major that was related to game development. Eventually, I started creating indie titles and got to where I am today.

2. What have you learned from developing C9 that you implemented into Black Desert Mobile?

Being able to develop C9(Continent of the Ninth) and Black Desert was really a unique experience for me as a professional. Since the engine that Daeil Kim, Pearl Abyss’ chairman, had made has a lot in common with what I was already accustomed to, it made it easier for me to set development directions for in-game action maneuvers and character designs. With all that said, I was more focused on emphasizing the strengths of Black Desert Mobile, which implement fluid controls rather than a command-input sort of system. I believe this showcases that Black Desert Mobile, from the very beginning, was conceptualized, planned, and developed as an MMORPG that was intended solely for the mobile platform.

I am confident that they would really feel what we tried to accomplish with the overall gaming experience of Black Desert Mobile. By using our own engine, we have the freedom to express detailed and in-depth graphics to a great degree. Players aren’t restricted to simply leveling up their characters but will experience much more variety in what they are able to do. PVP content, various life content… it’ll have it all.

Unlike other mobile MMOs, we try not to make it so that playing Black Desert Mobile conflicts with the everyday lives of our players. We offer effective auto-play modes with “Sleep Mode” and “Black Spirit Mode”. Because we’ve taken this different approach, although our global audience will find these functions new, I believe that they’ll be something our players will come to enjoy. Long story short, it’s a unique game that can be played interactively, casual, passively... whatever fits your preference! 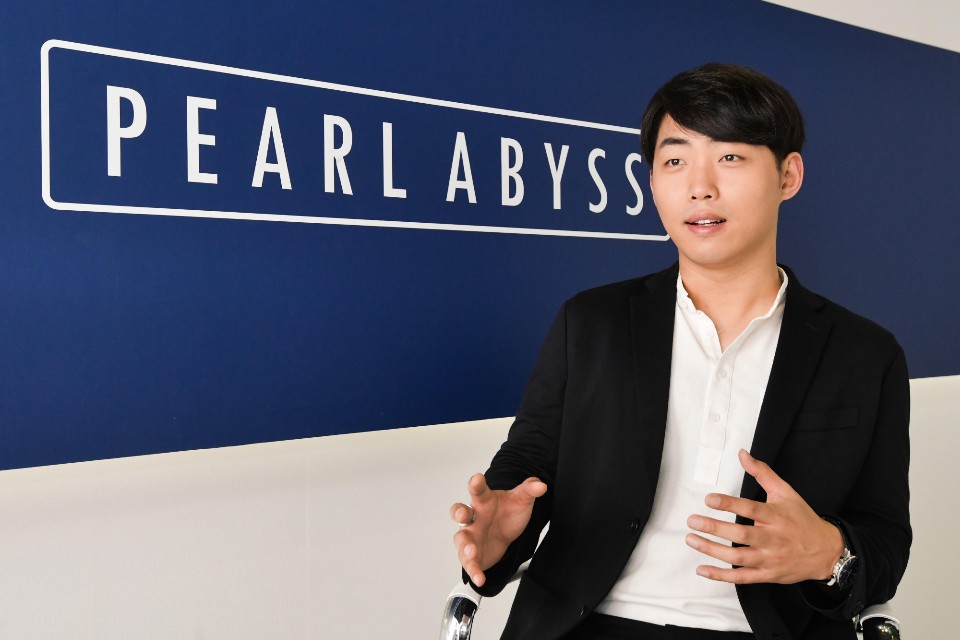 4. Black Desert Mobile is becoming more stable after its soft launch. What are your thoughts on the global version when compared to its other versions?

Servicing this title in multiple regions for nearly two years has definitely taught us many valuable lessons. We made some changes to be able to present a more complete package for the global audience from the very first day they start playing the game. Compared to our previous versions, I’m hoping to provide something that's new, fresh, and unique, while retaining the familiarity of the other versions of the Black Desert IP.

Also, getting feedback from users in different countries and speaking different languages ends up being something truly unique. The good things they have to say about our game really motivates us!

5. It seems that you have locked the maximum graphics settings in the soft launch version. Why?

Some of you may already know this, but maximum graphics settings are only available to designated devices to ensure the game looks and feels like that of the highest quality that mobile technology can offer. Unfortunately, with so many devices around the world, we are still in the process of optimizing these settings for some devices. We know that users are frustrated that they are not yet able to play our game in its full capability, so we are doing our best to incorporate as many devices that we can before the official launch so that users would be able to access the maximum settings.

6. Will there be more classes added after the official launch?

There are several highly anticipated classes already available in the other versions of Black Desert Mobile. We're currently polishing these assets to better fit the version that our global users will be playing. We hope that you will bear with us as we prepare to bring you even more exciting experiences!

7. What strategy do you have in regards to patches in Black Desert Mobile? Will the global version see similar patches as the previous ones?

We are constantly making adjustments to the content based on the feedback we’ve received. You may have noticed that some things have changed from the other versions of Black Desert Mobile. We'll add more content gradually in order to ensure it's both appropriate and on a par with our high standards.

The global version will not be a mere repeat of our other versions. We’ve headed back to our roots in terms of really understanding what makes an RPG fun to play. The satisfaction you feel throughout your growth along with the excitement of working with other players in a competitive environment are just a few things we are restructuring in this version from the ground up. Other aspects we are rethinking include changes to the early quest line, combat meta, and the in-game economic system.

Users may feel that the game has changed with the global version because of this thought process, but I hope that they will feel our dedication to create a true mobile MMO experience that isn’t affected by worldwide reception or its profitability. We’re trying to make this game the best that it can be, so we hope players will feel the same way we do as they journey their way through the world of Black Desert Mobile.

8. What are your plans for the market and enhancement system?

The market system we’ve developed for Black Desert Mobile is very unique, and the core system is retained in the global version. The flow of currency is well balanced in terms of supply and demand. We hope to give the players in the global version of Black Desert Mobile a fun and somewhat realistic experience when thinking of ways to preserve the value of an item, while stimulating enough interest to buy one as well.

Also, our enhancement system is something you haven’t seen in other titles. Whether you take the risk by choosing 10% or go the safe route of choosing 100%, the enhancement success rate lies totally in your hands. Although certain aspects of it are subject to change, the core fundamentals will remain unchanged.

As we’ve announced, the global launch will take place on December 11. Many players have already pre-registered to become Adventurers. We’ve been giving out rewards to our players for every milestone we reached, so when we reach the 4 million pre-registration mark, a new reward will be given out. I think the item will be useful for tweaking your character's appearance. We’re hoping that all of our Adventurers will be able to receive this gift, so don’t forget to pre-register before our global launch to get one!

10. Esports has become an important component for gamers to experience the fullest extent of what can be felt through a video game. Any plans on expanding Black Desert Mobile to include esports?

If we ever do venture into esports, we’ve already seen that “Shadow Arena” from Black Desert has raised interest in our users. With that said, Black Desert Mobile already has some content that might be further developed into a viable esport, and we are also preparing more content that we believe can also be viable as esports.

We haven’t decided if we will take the Shadow Arena route like we did with Black Desert. We’re not sure what contents we will use and whether it’s something that’s already available or yet to be developed. However, we are keeping an open-minded approach in regards to the feedback our Adventures provided and will provide to find additional sources of inspiration.

One thing we do promise is that our priorities lie in creating quality content for all. We hope that you will be patient with us as we continue to find areas to improve and expand upon!

11. Do you believe that gamers still have that passion for MMORPGs? Numerous competitive titles such as Dota 2, Overwatch, CS:GO, etc. are receiving significant attention with generally less time consumption along with decent accessibility. As an MMO developer, how do you cope with this situation?

I think that the MMORPG market is still significant. This genre is still receiving incredible amounts of love from gamers all around the world. I am aware that many games now tend to provide more casual experiences that you can enjoy in shorter amounts of time. But if you have the desire to dive into a vastly open world, and you love investing your energy into your very own character and immersing yourself into the storyline—all the while cooperating and sometimes even competing alongside other users—you’ll experience the joys and tears that can only be realized through MMORPGs.

In the long run, I want to be able to establish an identity for Pearl Abyss through our games. With consistent efforts to create the best games and content we can possibly achieve, everyone will understand what it means for a game to be a “Pearl Abyss Title.” And we will continue to work towards that goal.

12. Any last words for prospective gamers who are waiting for the Black Desert Mobile global launch?

To our players: You’ve waited for so long. Global when? I really wanted the answer to be “as early as we could possibly make it.” And as much as you have waited, we hope to bring you a game that will reward you for your patience. Can you believe that we’re finally less than a month away? With the global launch on December 11, character creation will be available from December 9. That means everyone can come out and customize their characters in advance! The Black Desert Mobile team and I will cherish all the support everyone has shown us, and we will continue to work hard in further developing Black Desert Mobile. Thank you!